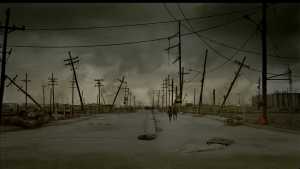 It’s been a “bookish” day today. I sped up to town when I found out that Foyles in London had some work in stock by a poet I’ve been wanting to read for some time. I want to blog about her later this weekend, once I’ve had a chance to actually read some of her work in depth. But browsing amongst the books today got me thinking about those that have really had an impact and whose words have stayed with me, echoing inside. There are, as you can imagine, quite a few. And yet I’ve been a little reticent to mention books on my blog. And I’m not sure why. So perhaps that’s something I should remedy.

One of the books that really slammed into me (metaphorically speaking) was The Road by Cormac McCarthy. It wasn’t simply the harrowing story of a post-apocalyptic world that stirred the emotions but the central relationship at the heart of the story – that between a father and son. I’m a sucker (as they say) for anything remotely connected to fathers and sons. And The Road is a particularly moving account of a deep and abiding love; one which is surprisingly tender despite the savagery of the bleak and desolate landscape in which the father and son journey across.

If you’ve only heard of or seen the film I urge you to try the book. As is often the case, watching the film isn’t a patch on reading the book. McCarthy’s prose is nearly radically minimalist – even the dialogue is almost desperately sparse:

Yet because of their brevity every sentence seems to count. It’s this minimalism and the intensity of the images that the author paints in your mind that are almost impossible to translate to a screen and much of the quiet, contained power of those swift sentences is lost in the translation.

Where that power, intensity and tenderness have translated well though has been into the incredible sore for the film. Composed by Nick Cave and Warren Ellis the music is really quite beautiful and is almost a perfect evocation of the soul-stirring words contained within the book. Below are two of the standout tracks. And as for the book? It may sound utterly depressing and it’s true that it’s no easy read in terms of tone but it’s very far from maudlin or morbid and for something to tug at the heart-strings it’s very hard to beat… 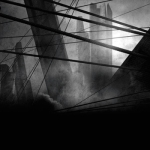 I stumbled across a remarkable soundtrack yesterday by the Icelandic composer, Jóhann Jóhannsson. I came across it in the unlikeliest of ways. I was watching the trailer to Battle: Los Angeles (yes, yes I know) which looks utter tripe but the music was really compelling (as you can hear if you click on the link) and I just had to find out who composed it. It was Jóhannsson.

As I was heading in to London anyway I thought I’d drop in at HMV to see which of his CDs they had in stock. And this is what I came away with. It isn’t the music featured on the trailer but it’s an achingly beautiful album. And as it’s available on soundcloud I thought I’d embed it here.

It’s an outstanding mix of choral, orchestral and electronic elements creating a truly haunting, nakedly emotional work. Some of it is very dark. In fact the track, Escape is one of the darkest things I’ve heard in some time. It begins with a drone of strings, a cello drags itself from the mire and then the most extraordinary electro-acoustic moan bellows forth before a choir joins to pull the track back into the darkness. It is a vividly spectral listen.

If you’ve been a little stressed lately (as I have) then this hugely satisfying collection of tracks could be just what you need to hear. Set the lights low and turn the volume up – this is a truly moving and memorable piece of music… 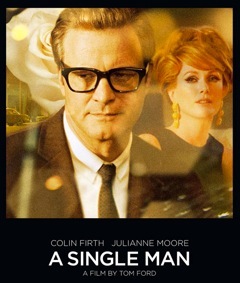 “A few times in my life I’ve had moments of absolute clarity, when for a few brief seconds the silence drowns out the noise and I can feel rather than think, and things seem so sharp and the world seems so fresh. I can never make these moments last. I cling to them, but like everything, they fade. I have lived my life on these moments. They pull me back to the present, and I realise that everything is exactly the way it was meant to be…”